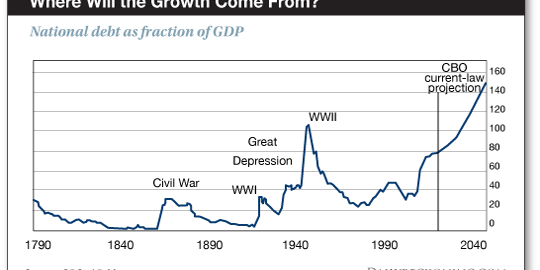 According to no less an authority than the United States Treasury, projected tax revenues to fund Social Security and Medicare over the next 75 years fall $46.7 trillion short.

But even these $46.7 trillion of unfunded liabilities may tell a mere fraction of America’s true indebtedness…

Over the next 75 years, this Cassandra projects America’s true debt at an intergalactic $210 trillion.

Kotlikoff, with tears in his voice:

If you add up all the promises that have been made for spending obligations, including defense expenditures, and you subtract all the taxes that we expect to collect, the difference is $210 trillion. That’s the fiscal gap. That’s our true indebtedness.