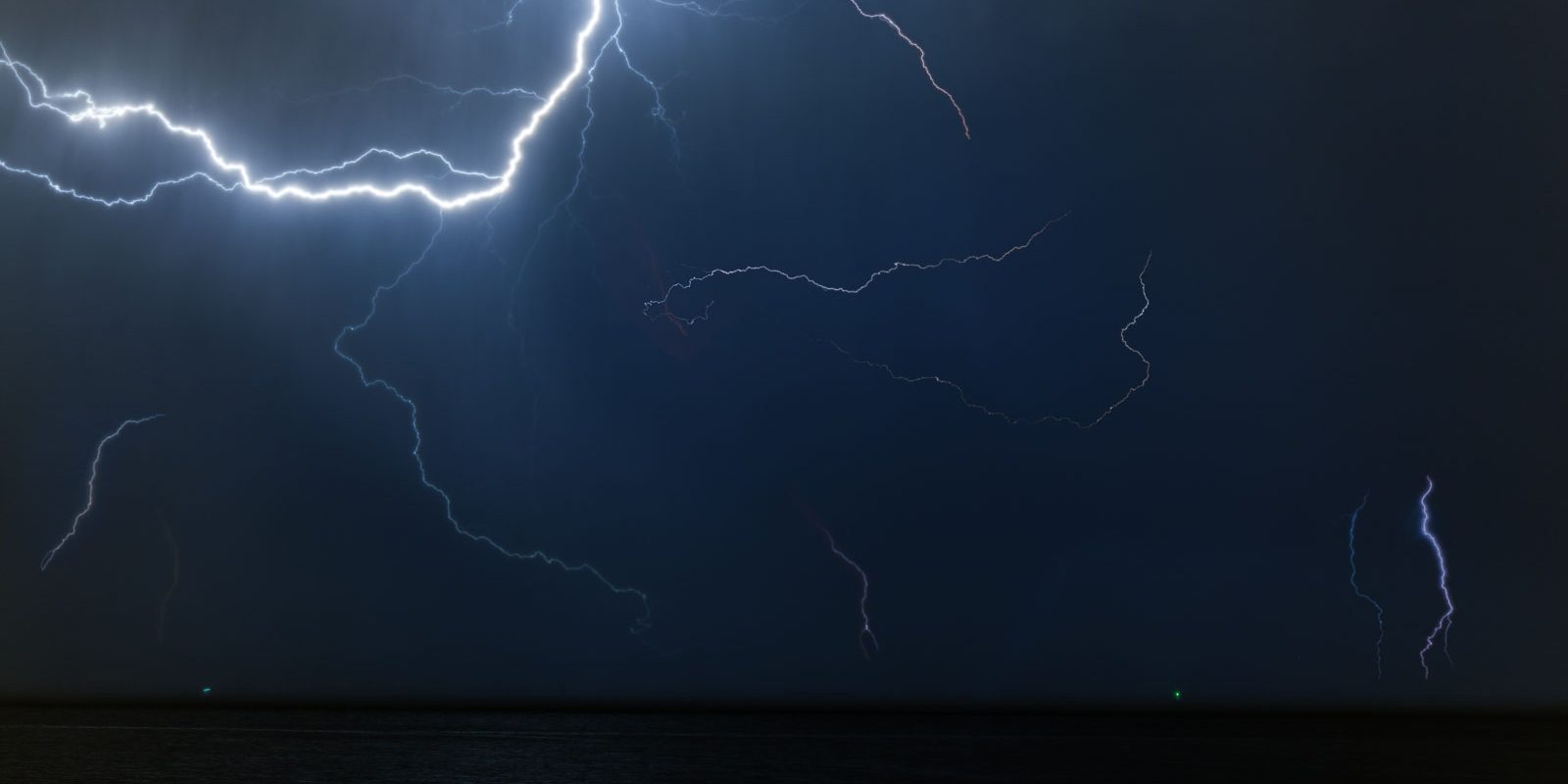 The primary problem with the majority of the economic philosophers, regardless of what school of thought they aspire to represent and regardless of whether it’s the first-year law student who’s never studied an economic book in their life or Marx who compiled one of the most arduous reads ever conceived on the topic, is that they so often ignore, or even completely fail to grasp, the primary cause for economic malaise. While at the same time, this cause, I believe, is so self-evident that even the shallowest of introspective journeymen would stumble across the undeniable reality. This cause, is human fallibility. Or to put it in a more direct manner, the primary cause of all economic suffering and deterioration, is due to that malicious evil that dwells deep within the soul of every man, woman and child. It’s an evil that manifests in an array of sins of omission and commission. An evil that’s so subtle that its greatest success is in convincing the beholder that it’s not there. An evil that’s so pervasive that it doesn’t need nuclear weapons or or mobster like greed to succeed, but rather its tyranny and triumphs are won through the gradual and subtle successes made at the checkout everyday. It ensures that the lawyers lie, politicians cheat, communists dictate and capitalists extort. It’s an evil that’s so demonstrably present in that anyone with an ounce of honesty would realise that it’s impossible to vilify the villains of our society without standing, to some degree, as a hypocrite.

It should be axiomatic to any musing economist, that while the individual players within an economy are fallible, the broader economy, simply being the aggregate of these individuals, can only aspire to be fallible. In other words, humans will never have the illustrious utopian economy upon which many seem to base their economic prescriptions and ideals, that is, while humans are involved. This painfully obvious reality is a reality that is too often ignored, because the true nature of man is ignored. It’s impossible to understand a system of parts without first understanding the function, failures and limitations of the individual parts. This failure to properly represent the nature of man results in a presuppositional framework that will render an economic world view akin to fanciful fiction compared to a presuppositional framework that better represents the real world. And while this means that we might venture away from the world of philosophical ideals and into the murky mire of ‘pragmatism’, the ideal can’t be left behind, as ‘economic pragmatism’ without a guiding metanarrative is ship without a compass, justifying every direction in the inevitable destruction of truth through subjectivism.

Whether it is the fallibility of the masses leading to market failure, the fallibility of the plutocrats leading to corruption, or the fallibility of that institution that we venerate to deal with market failure, the government, resulting in government failure, every time a more moral, more efficient, ‘fairer’ system is enforced, wicked men and women from the bottom to the top of society will be ready and waiting to exploit, destroy and tear it down, and largely through the seemingly innocuous failings of their everyday decisions. Thus the only security towards continual economic prosperity must inversely be tied to the men and the women who understand the moral failings of the zeitgeist and fight at their own expense to continually reform the society back to a version of itself that recognises individual responsibility, individual culpability, individual fallibility and only then, can properly understand societal fallibility.

The long-term security and prosperity of any nation hinge on the individuals’ within a nation’s awareness of that nation’s moral failings. It shouldn’t really be any surprise that it is the economies that exploit the nation’s self-interest while limiting the state’s power, and ultimately corporate power, are the ones that seem to prosper the most.

To remove or degrade the reward for pursuing self-interest within any economy will ultimately hinder or destroy the powerhouse of that economy. But, at the same time, to allow the self-interest of a morally corrupt population to go entirely unrestrained, whether it is breaching property rights in a “blue-collar” crime or the exploiting of the masses through “white-collar” crime, corruption will be a pathway to economic and societal hell. The only path for continual, long-term economic prosperity seems to be the unification of individual economic freedom and individual moral resolution. However, this raises the question of what or who’s moral compass?

Is it simply the moral zeitgeist of the current age? That seems unlikely as, for one, there is no single ‘moral zeitgeist’, nor is it likely to stay consistent. While to some, it might be difficult to discern which moral framework is the right one for human flourishing, I think it’s defensible, that the Judeo-Christian one, summarised by the 10 commandments, has, and always will work best. Don’t steal, don’t lie, don’t commit adultery, you must take one day off a week, don’t covet your neighbour’s wife – all work towards creating a better world where the system of economic management would almost become irrelevant. For example, imagine if no one ever lied, neither corporations, governments or individuals within those organisations. Imagine how many lawyers would be fired! And that’s just one commandment! One commandment and all corruption would end.

I had a friend tell me once that “communism would work in a perfect world”. I liked his sentiment and also how he, a self-professed communist at the time, voluntarily relegated communism to fantasy. But the fact is, in a perfect world, communism would be irrelevant, and to a large extent, so would capitalism as a economic ideology by which we try to run our society. Rather, the economic schools which we develop fundamentally work to address the problem of ‘managing commerce’ in a broken world. Any, system that aims towards degrees of perfectionism must be both blind to the starting conditions and hopelessly naive.

Capitalism was always intended to be restrained by a government. Capitalism and ancaps are not synonymous. But in saying that, the reason why I’m opposed to communism and hence many variations of socialism is because of the same failing that I see in capitalism. However, socialism, through policy, moves power from multiple market competitors and individual economic agents to a single, central, authoritative body. Ultimately, the reason why I’m against various forms, or moves towards, socialistic policies, is because of the same flaw that undermines all capitalistic societies.

If the problem with the free market is corruption, why would a government institution be any better? Are Politicians and Bureaucrats cut from a better mould than the rest of us? The reason why a more ‘pure’ capitalist society ‘works’ (historically speaking) better than most socialist forms, which is a position that’s easily defended across the great swathes of human history, is simply because capitalism, at least in principle and by nature works to limit individual and corporate market power. Socialism, on the other hand, extends it. In saying this, I know of many large businesses that push for more socialist flavoured policies, policies that look virtuous but are ultimately designed to create barriers to entry and centralise market power; why? Because the most common threat to a sizeable or monopolistic business isn’t going to be 1-2% higher taxation rates or having to pay their workers a slightly higher minimum wage, but rather it’s the capitalistic machine creating their future competitors. The greatest threat to large corporates is the free market, more competition, it is ultimately more pure capitalism, and hence their greatest weapon against this threat is government legislation.

“Central planning failed not just because you cannot efficiently and centrally manage static resource allocation in a complex environment, but also because the dynamics require entrepreneurship, diversity, and decentralisation – in short, a bottom-up process. You may want as many entrepreneurs, rich or poor, as you can get” … “Governments are not entrepreneurs. Centralized economic decision making smothers new business development. If you take that away, the dynamics are simply missing and growth is about dynamics.” – The Next Convergence, Michael Spence