Illinois is only the beginning. 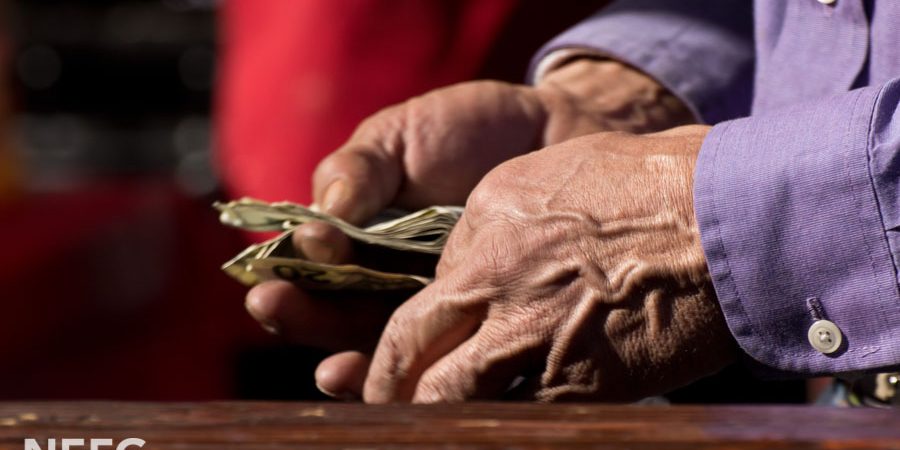 “It is incumbent on every generation to pay its own debts as it goes. A principle which if acted on would save one-half the wars of the world.”
Thomas Jefferson

Democracy is projected by many as the pinup boy of a truly liberated society. While the notion of the people ruling themselves often results in less tyranny than an the exclusive elite, we mustn’t forget that democracy isn’t without its vast pitfalls.

“Democracy is the worst form of government, except for all the others.”

The first thing to note here is that democracy, as it exists in the west, isn’t really a true democracy. At most, it can be considered representative democracy. That is, the people don’t govern themselves, they elect officials to govern them. The rationale for this being that large portions of the general population neither have the desire or drive to acquaint themselves with all the nuance and complexities involved in policy and legislation or the debates that are required to convince others to what may potentially be the best outcome. But more importantly, representative democracy is designed to act as a protective layer for society against the tyranny of the majority, mob rule. That, otherwise left unchecked, will develop inequitable outcomes that will threaten not only property rights but also the very virtues that the mob claims to uphold. The problem of course with representative democracy is the tendency for representatives to give into mob pressure rather than doing what is ultimately best for the mob, or to give weight to immediate voters rather than future voters. The endless cry of electors for better services, more free stuff, bigger government spending and of course lower taxes will either lead politicians to ultimately say no, lie or borrow.

And, time and time again we see leaders giving into the latter.

The second caveat to mention is that a pure democracy gives no power or voice to those not yet born or even to those who are born but are below the age of 18. Combined with myopic politics that are designed to appeal to the desires often labelled ‘rights’ by the current population, our leaders worldwide have time and time again looked for ways to borrow without looking like they’re borrowing. That is, our politicians throughout the developed world have bankrupted the wealthiest, most prosperous societies that the world have ever seen all the while keeping the balance sheets “balanced”.

And, they’ve pulled off this great hoodwink by effectively borrowing from the future. Promising to make payments and not setting aside any of the cash required to meet those obligations. That is, governments from around the world have indebted our children and children’s children with large debt obligations that they had no say in incurring, resulting in an oncoming flood of generational inequality most likely to end in the streets.

Instances of this Ponzi scheme unravelling are not hard to find. From Greece to Illinois situations where Governments have over promised retirement benefits and now aren’t able to deliver are in no short supply.

Illinois, a once prosperous, and vibrant state with a population roughly half that of Australia and a GDP that is just over 2/3rd the size, is now on the edge of crisis. For years, overly generous government pension plans meant that the state had to borrow billions throughout 2008-2012 just to meet its pension obligations, with the result being that the state is now on the verge of bankruptcy with a debt over $150 billion, spending sitting at $150 billion and state revenue currently tumbling below $130 billion pa. Why is the state revenue falling? Well, like most well-intended “enlightened” governments, Illinois has been upping taxes on the middle class and the rich, and in response, people are fleeing the state causing real estate to fall, further exacerbating the issue, which in turn places more of the tax burden on the remaining taxpayers.

As the unfunded liabilities ramp up, the pension obligation increases and decent taxpayers flee the state, the only realistic option for Illinois, is to default and not pay out its pension obligations, that is, of course, if states were protected under bankruptcy laws. 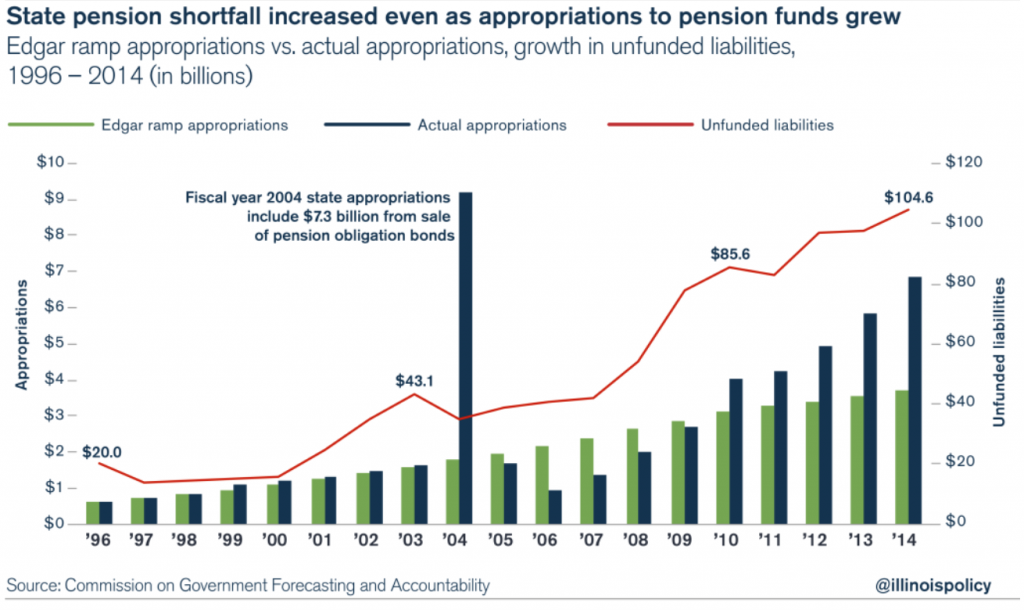 But once again, this story isn’t restricted to the US state that simply tried to care for its elderly.

No the recent estimates that have come out of Citibank, park the estimated total value of unfunded or underfunded government pension liabilities for 20 OECD countries stands at a staggering US$78 trillion. Similar political tactics, over-promising, kicking the can down the road trickery that has infiltrated Illinois state government, have infiltrated most OECD countries, and we the voters, have let them.
But once again the staggering pension liabilities aren’t restricted to the public sector with the figure of underfunded pension plans across the S&P500 topping out at over $382 billion. 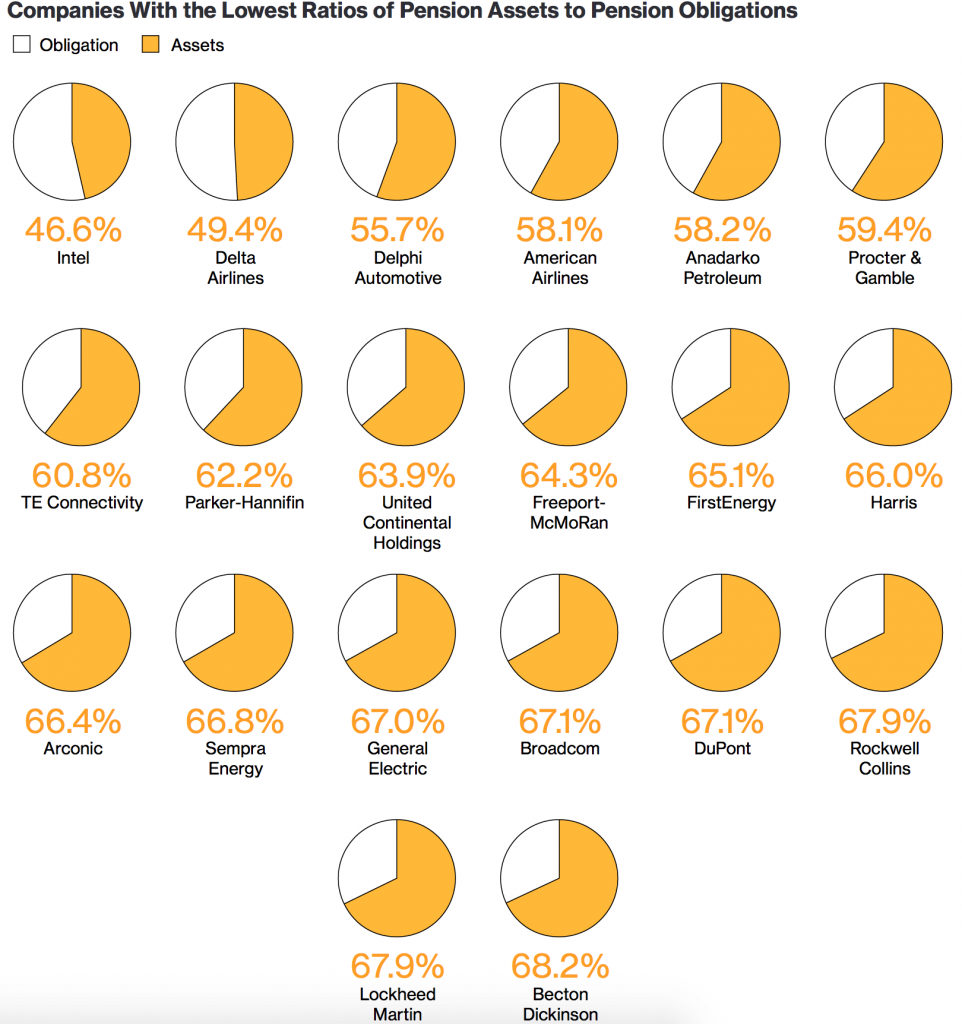 While the causes for the private sector shortfall are different to the public sector shortfall, one thing is certain, the world’s developed nations need nothing short of a miracle to ensure ongoing economic growth.

Unfortunately, Australia isn’t immune to pension budgeting shortfalls. Under the leadership of Gough Whitlam, the Australian government deferred the requirement to fund state employee pensions at the time of incurring the obligation and current estimates expect the public pension liability to top over $200 billion by 2019.

The immense debt obligation that have already been incurred by governments around the world in efforts to mitigate the damage of the GFC, combined with the growing number of baby boomers moving out of the workforce, poor productivity growth, threats of automation not to mention all the other costs associated with having an ageing population, mean that the prosperity that was experienced in the 90s and early 2000s, will most likely, be restricted to the 90s and 2000s Meaning that past generations have squandered the immense wealth and progress made during the greatest period of technological, economic and social progress that the world has ever seen. Rather than parents saving for their kids, we’ve robbed the future to feed the present through what can be described as nothing less than intergenerational tax theft.

So the next question that arises is simply, what have our leaders been doing about this snowballing issue? Strict cutbacks? Austerity? Massive reform? No.

Apart from Greece where such measures have been enforced on the nation, no such widespread attempts have been taken. No, instead we’ve seen mass immigration.

While there are many reasons to accept migrants into a nation many of which are good, and altruistic at least in theory. It seems as though developed nations are accepting the sheer number of migrants that they currently are at least in part to deal with this oncoming tax burden. As our own workforce ages and with those who were previously productive components of society moving out of the workforce, the developed world needs to be able to still tax workers in order to maintain their books, let alone the standard of living that we’ve come accustomed to. And hence the question arises, is it possible that our leaders see migrants as a new slave class to work off the debt burdens incurred by the squandering of the past generations? Not to mention, will it work? Prior to the machine learning revolution that has started to unfold, possibly. But since the entire job market is in a state of unprecedented uncertainty due to automation, this idea could just mean that we’re flooding western nations with economic migrants that will ultimately have no better future outcomes than they would have, had they stayed in the nations that they’ve fled all the while we’re increasing social tensions as the numbers exceed what these developed nations can assimilate and even accommodate.

Even if drastic and unpopular measures are taken, like extending the working age, mass immigration of talented hard working migrants, cutting back on health and welfare benefits, harsh government austerity measures. Chances are, this won’t be enough to balance the budgets and ensure that we maintain some standard of living for the elderly and an economy for the future.

I should make it clear at this point that I am in no way against immigration, welfare, pensions etc. But, the reality is that our nation and nations across the world are starting to reap the consequences of this lying, slight of hand craftiness and rather than confessing to this squandering, they’re going to try and do what all humans do when they get caught, they’ll pass the buck and delay the pain in whatever way they can.