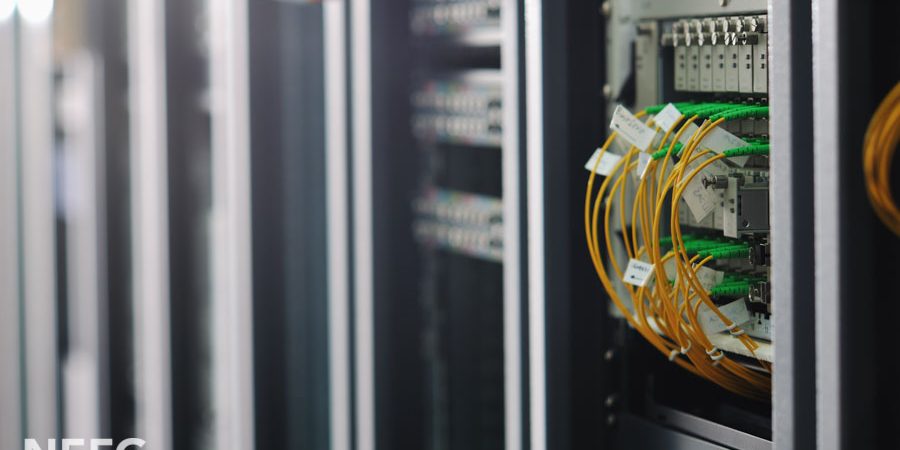 Over the next decade, we will undeniably see a vast change in our economic landscape. Businesses that were once thought unsinkable will disappear into the ether, the nature of employment will morph and change and, most likely, we will see a worldwide levelling effect on wages as globalisation moves to higher bandwidth fibre optic lines. In light of this changing digital landscape, many consultants are singing the praises of faster internet and better digital infrastructure to local governments and communities using the Miracle of the Han (South Korea) as an example of the treasures that await businesses and municipalities that adopt and embrace the technological revolution.

In recent times we’ve seen the emergence of technologies that were once thought only possible in the realms of science fiction, including 3D printers, smartphones that now outperform desktop computers from only a few years ago, driverless cars, big data, quantum computers, the Internet of Things, the Internet of Everything, new markets including AirBnB and Uber. While this new era invites in a fresh wave of futurologist speculation, what isn’t mentioned is the fact that most of these industries don’t necessarily create new industries but simply improve the efficiencies in existing markets.

Efficiency at its core is about maximising output from inputs. Efficiency doesn’t tend to create markets as much as it consumes them. 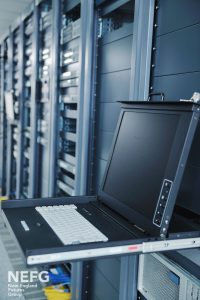 I recently gave a talk discussing the impact of emergent technologies. After the talk, a man in the audience came to me and told me that his brother, who lived in Brisbane, had suffered a stroke and the car that came and collected him to take him to the hospital was a driverless car. Human taxi, ambulance and truck drivers are now standing on the precipice of obsolescence. If we see humans as no longer necessary for transporting other humans, then that is a gain in efficiency to phase them out, but the progress doesn’t stop there. No, with the smart implementation we could theoretically meet travel demands with fewer automobiles – a reality already being spurred on by Uber.

However, these efficiency gains are not only restricted to the automobile and transportation industries. Industries that were vast and distinct are now being cannibalised by single products where the sum of the new industry is less than the sum of the previous industries that were consumed. Nowhere else is this more clearly seen than in the smartphone industry. Personal digital assistants (PDAs), cameras, mobile phones, portable gaming devices, laptops and even some medical devices have been consumed into one device. A device whose industry has now matured to the point of market saturation.

It’s clear that the emergence of certain technologies that enrich the lives of consumers also cannibalise markets, shifting the reality from the optimistic “digital disruption” to the more appropriate “digital destruction”, assassinating corporation after corporation in their paths: Kodak, Nokia, Blackberry … and eventually, possibly GM, Ford …

The reality is that we’ve built a society that due to technological advancements is over capitalised. Our economy is riding on the inefficiencies that drive this over capitalisation and as efficiency improves, the demand for this capital will decrease meaning that as we stand on the precipice of a technological revolution, we also stand on the precipice of massive a widespread economic structural change, that will end in widespread worker layoffs, closing of stores, factories and even offices. However, the destruction doesn’t stop there. While the global impacts are clearly seen in hindsight, the local impacts are generally overlooked.

For a long time, individual regional centres have been sheltered from the full brunt of the digital wave as slower internet access has meant that consumers are forced to use local suppliers, keeping spending, and hence income, within the community. However, faster, easier access to a wider range of suppliers not restricted by geography combined with the comparative lack of regulation and taxation has meant that many locally-based businesses have seen – and will continue to see – a decrease in business as it flows out of the community. The follow-on effect of this is that less money stays within the local communities, decreasing income, forcing consumers to become more frugal, forcing them more and more to seek out cheaper and cheaper online alternatives, which has the follow-on effect of forcing businesses with shrinking top lines to increase efficiency, tighten up their bottom lines and outsource work wherever possible to cheaper overseas alternatives. The result being that the very high-speed internet technologies that are meant to be increasing our standard of living and economic potential are, in fact, acting as high-speed pipelines, sucking the blood out of previously wealthy regional areas.

Globalisation, which was meant to be our friend, topping up our previously overflowing glasses has, in fact, levelled them with developing nations that do not have the same regulations and wages that developed nations do. The Miracle of the Han is fuelled by the bleeding of the west.

Don’t get me wrong: there are benefits to these technologies. I, for one, would not be able to start and run my marketing business in a rural economy if it were not for the advantages made possible through the NBN. However, my story isn’t the norm and, as technology advances, it won’t be long before industries like medicine, law and surveying, which have been relatively sheltered from the effects of globalisation, start to feel the pain as decreasing incomes force consumers to look more and more for cheaper overseas alternatives and the high-speed virtual world makes this possible.

So, what can we do about it?

While many politicians around the world are rallying around the idea that the way forward is to be an “innovation-based economy”, there is only so far that can go. If nations continue to go down this line, with developing nations focusing on aggressive export-based markets, then unless we re-introduce protectionist policies, our nations will continue to bleed. However, if these developing nations start focusing on their own internal economies, then much of the destructive effects on developed nations can start to be reduced.

Short term, we need real government action behind supporting and promoting business. The most obvious way that this should take place is through small and medium business deregulation. In the long run, we need to be pressuring our trade partners to regulate in order to make the playing field just a little more even.